Taking Long Titles to the Next Level: The Vampire Diaries: The Hunters: Book 2: Moonsong (inspired) by L. J. Smith

The soap operatic nature of the television version of The Vampire Diaries pales (pales! Get it?) in comparison to the saga which has unfolded around the publication of the novels on which it is loosely based. In 1991, L. J. Smith signed a contract with HarperTeen to complete a trilogy based around characters they’d already developed. These included a beautiful high school queen bee/orphan, Elena, and two competing vampire brothers, Damon and Stefan. The former was powerful and liked to snack on humans; the latter survived on animal blood and valour.

The books sold well. Smith was asked to write a fourth book. It also sold well. And then everything went quiet. According to Smith herself, she “lost her imagination” whilst caring for seriously ill family members, and only began to write again after her mother’s passing. In the interim, of course, another eternally adolescent “vegetarian” vampire had arrived on the popular culture scene, in the form of one Edward Cullen. Both Edward and Stefan are intense, in love and attending high school. Again. They both also appear to favour high hair …

In 2009, Stefan, Damon and Elena once again appeared on bookshelves in Book 5 (and book 1 of “The Return” trilogy), Nightfall. Shadow Souls and Midnight appeared in 2010 and 2011, respectively. In September of 2009, the CW network aired the first episode of TVD, as envisaged by Executive Producers Kevin Williamson and Julie Plec. Williamson and Plec have rewritten the provenance of the two vampire characters, and someone at Alloy packaged up the Stefan’s Diaries novels (six and counting), which tell the “real” story of the previous interactions of the brothers. As opposed to the other real story created by the author, that is. Meanwhile, Smith began work on a third trilogy, The Hunters, and had apparently written the first book, Phantom, but says it was completely replaced by the work of a ghostwriter prior to publication in 2011. By February of 2011 the rumours had been confirmed: Smith had been “sacked” from writing the books.

Consequently Phantom and the most recent installment, Moonsong are merely “inspired” by L. J. Smith, not written by her. The style of the latest novels bears more than a passing resemblance to that of the ghost-written Stefan’s Diaries books. And they are increasingly showing glimmers of homage to the TV series, such as the opening pages when Elena and Stefan have a “normal” boyfriend/girlfriend moment atop a Ferris Wheel (p2 of Moonsong, echoing Episode 2 of Season 2).

So, why haven’t I explicitly discussed shapeshifting yet? Well, because the story shifts shape more often than the characters do. The original novels included a vile character named Tyler Smallwood, who was an aggressive would-be rapist and werewolf. He didn’t have a long lifespan. In the TV series, he’s Tyler Lockwood, and while he starts out as a jerk, he seems to be onside with the rest of the crew, for the most part. Until Original vampire Klaus makes him a hybrid, that is. Tyler is thrilled to be a hybrid because it means he can control (and avoid) transformations. Unfortunately it also means that he is bound to Klaus’ will. The title of the latest novel, Moonsong, made me think we were heading back into werewolf territory, as did this mysterious post online which involves Elena’s friend, the cute but nerdy and nervy redheaded teen witch Bonnie, and a pure white wolf with blue eyes, named Xander (in case anyone was missing Buffy‘s redheaded witch Willow and her early love triangle between Xander and werewolf Oz, presumably).

Perhaps unsurprisingly, what Smith claimed to be planning in the above post didn’t quite happen. Caroline has had the longest pregnancy in history (for three 600 page novels, now) and it doesn’t look like being resolved anytime soon; “Xander” became “Zander;” and  whilst Zander claims to be a werewolf and has white hair, he never actually shifts.

Do you need a minute to process that one?

Like Tyler in the TV series, who is capable of controlling his transformations, Zander and his packmates are also able to ignore the full moon. In their case, it is because their blood is pure, rather than impure — they are the Original werewolves (or at least, descendants of them, as Zander laughs off Bonnie’s suggestion that he is immortal). Or so they claim, because we never see them doing anything other than drinking, shoving each other, and eating pizza. Certainly nothing involving metamorphosis. College guys, huh?

So, is a werewolf who’s always a were, rather than a wolf, really a shapeshifter? How does one have a novel ostensibly about a shapeshifter, yet never have him shift shape? Will all be revealed in the final book of the trilogy, Destiny Rising, due out in October? And if the redhead above is Bonnie, who on earth is this?

The amount of work that goes into films like these is extraordinary: the handwritten notes on Snape’s potions book; the wonderfully funny photos of Gilderoy Lockhart posing on book covers and fan pics; the horcruxes; the stickers around Ron’s mirror and Seekers Weekly in their room at Hogwarts. 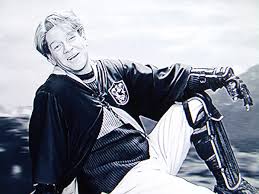 The staff did a great job. The girl running the Sorting Hat ceremony at the time I visited looked uncannily like Emma Watson, and the queue-controller tried his best to stump the fans with questions: name the 12 (13?) fields of study at Hogwarts, name the dragons involved in the Twi-Wizard tournament, what was the creature that stopped Fleur in the tournament, how do you say “open” in parseltongue, and so on.

Less exciting was the bit at the end where you can buy $60 wands and $90 books and $50 marauders maps (huh? Fifty dollars for a piece of paper?), plus cheaper things like Bertie Bott’s every flavour beans, which really were every flavour. But the shop was incredibly crowded and kind of great to escape. Sadly, I did not escape unscathed (financially speaking). 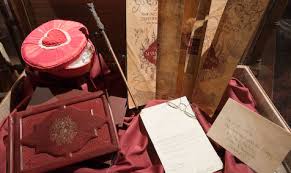 What has this got to do with shapeshifting? Well … Lupin’s robes were on display, and Gilderoy “defeated” a werewolf from Wagga Wagga … But looking at some of the creatures on display – thestrals, centaurs – I thought how difficult it is to get some book things right on screen.

Shapeshifting comes in the too-hard basket, which is no doubt why most paranormal TV shows these days stick to those pale vamps more than anything. Ever since vampires stopped transforming, they’ve been easy to portray: couple of teeth prostheses, pale makeup, pouts, snooty look and hey presto, it’s a Cullen family get together. 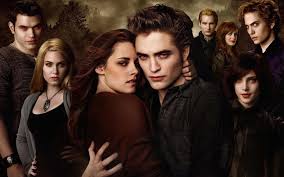 Zombies are dead easy, too, and yes that dreadful pun was intentional: bloodshot eyes + jerky walk + waving your arms in front of you = zombie. So easy even Shaun of the Dead could get it right, and he wasn’t even particularly bright. 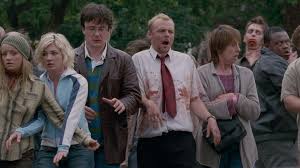 But shapeshifters rely on CGI on screen, and we’ve all seen enough dodgy CGI to know it doesn’t always work.

So let’s look at a few examples, starting with two that made me laugh out loud (not the intention of the director, I assume).

1. Teen Wolf (TV series) – S1 Big Bad. This werewolf alpha villain was pretty creepy until we actually saw him. Then it just looked like a gorilla suit.

2. Twilight: Breaking Dawn Pt 1 – the wolf pack. The pack’s shifting never looked too good or bad until now, but the scene where the pack run around in circles at the lumber yard was just silly.* To be fair, it wasn’t the CGI but the voiceovers that didn’t work for me, and I did enjoy most of the movie, surprisingly.

As the current crop of TV and film directors have learned, it is much easier to whip the shirts off the wolf pack boys if you want them to compete with today’s favourite monsters, vampires.**

* Sorry to all those Twilight fans in the cinema while I was laughing at the scene.

** If you hoped to see this point illustrated, you’re at the wrong blog, since we’re kind of not into objectification here. Try this one, where you can even vote for the SEXIEST werewolf!

And a random collection of other onscreen shapeshifters:

4. Robert Patrick as the T-1000 in Terminator 2: Judgment Day, with what I thought was pretty decent CGI. 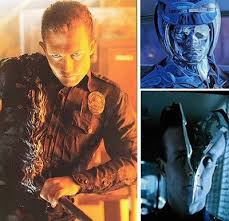 6. Scott in the Teen Wolf movie. Just as well this was meant to be a comedy. 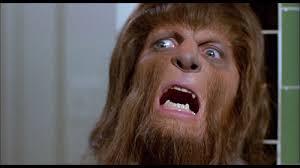 7. The original Wolf Man, who looks like he’s just popped his head over the fence to say howdy ho, good neighbour. 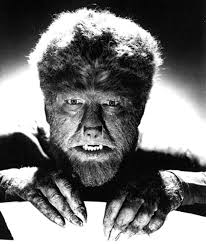 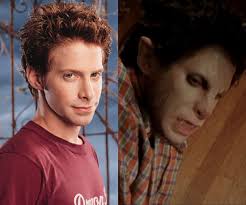 9. Mason in The Vampire Diaries, showing lycanthropy’s not so fun outside Quileute territory, no matter how many awards you could win. 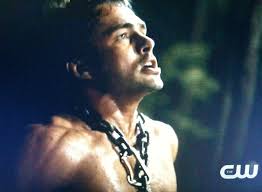 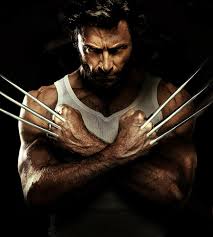 So, who else saw the Harry Potter exhibition? What did you think?

And what are some of the other weird and wonderful onscreen transformations?

The Harry Potter Exhibition is at the Powerhouse Museum until April 9.

Very excited to see a new addition to the McFarland online catalogue yesterday!

Look what we made! 🙂